As one of Australia’s iconic brands, MM Kembla unique centenary long history has many milestones and interesting facts. Whilst recounting our history may take some time, a snapshot of our history will provide plenty of insight.

Did you know MM Kembla has a beach named after it at its very doorstep in Port Kembla, NSW? If you’re a keen diver, you may find the MM Kembla’s first delivery of manufacturing equipment in the famous English channel. 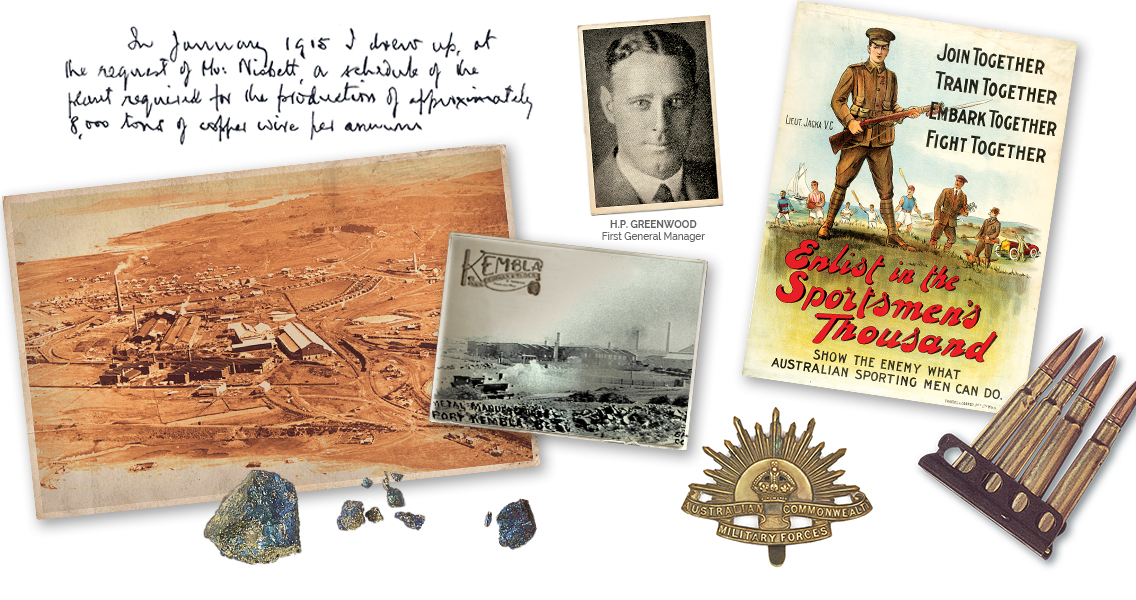 Born out of necessary during the Great War, Australia was an exporter of refined copper but was dependent on other countries to manufacture copper products such as wire cables, tubes and sheets.

A partnership with the Government of the Commonwealth, Australia Copper Miners & British Insulated and Helsby Cables Ltd led to our Port Kembla site being chosen in 1915.

On 22nd March 1916, Metal Manufactures Limited was incorporated and constructions of the copper wire, rod and tube mills begun. It wasn’t a smooth start, the arrival of plant and equipment from Britain was delayed when the ship transporting it was torpedoed in the English Channel. 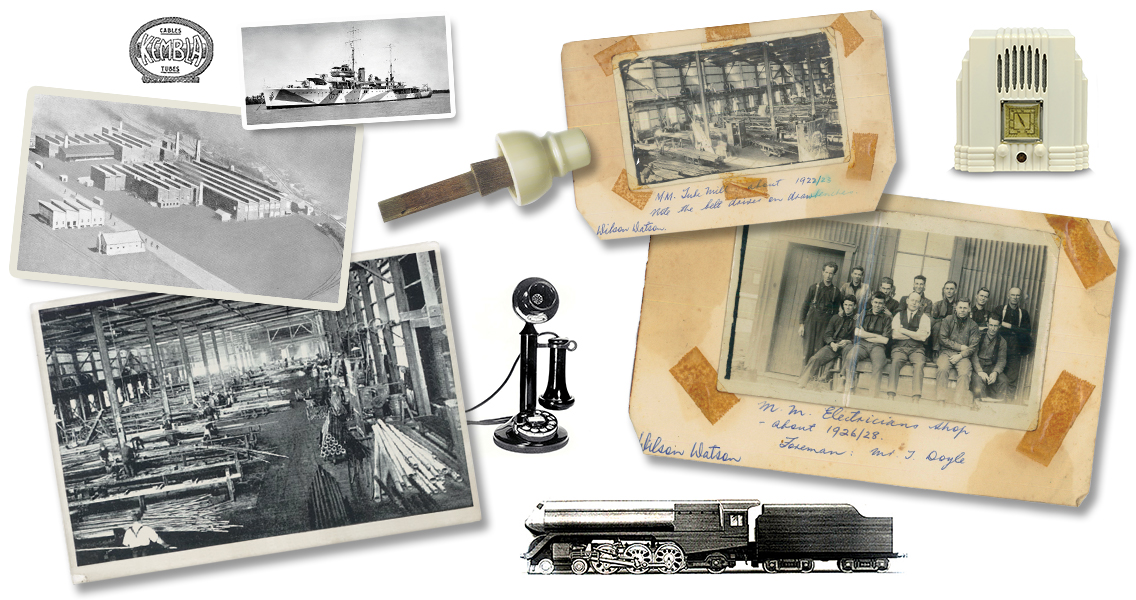 The factory started by manufacturing bare copper cable for telephone lines and copper and brass tubes to be used in the boilers of steam trains and ships and brass shells for ammunition. 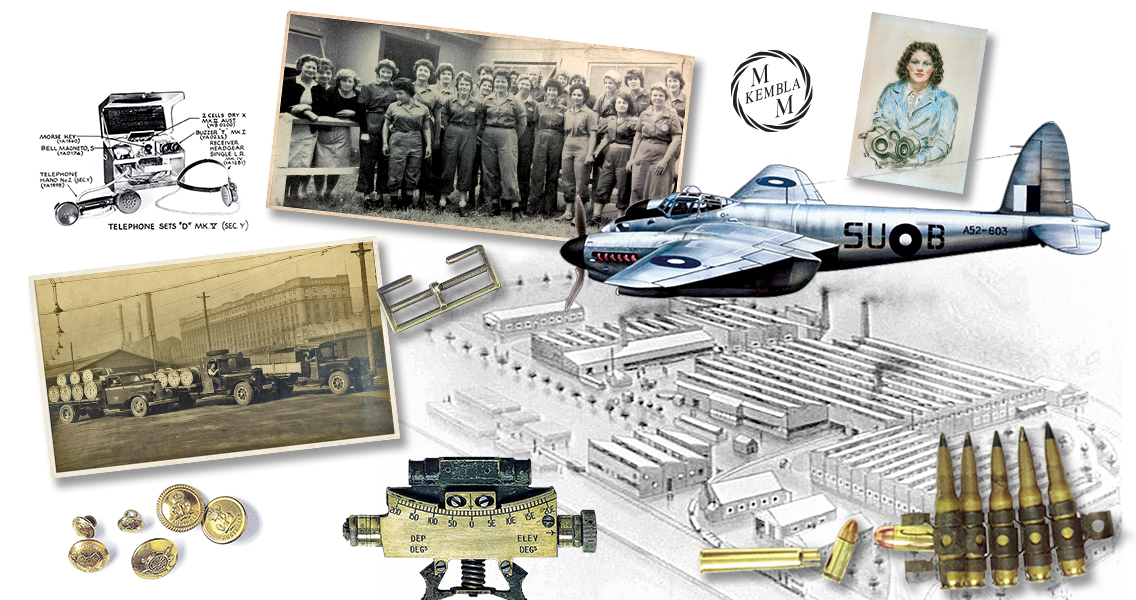 The threat of mini-subs entering Sydney Harbour meant key equipment was evacuated from Port Kembla to a new factory in Victoria.

Male labour shortages during the war meant we were granted permission to employ female labour for the first time. One of our tube factories was operated entirely by women, a world first. 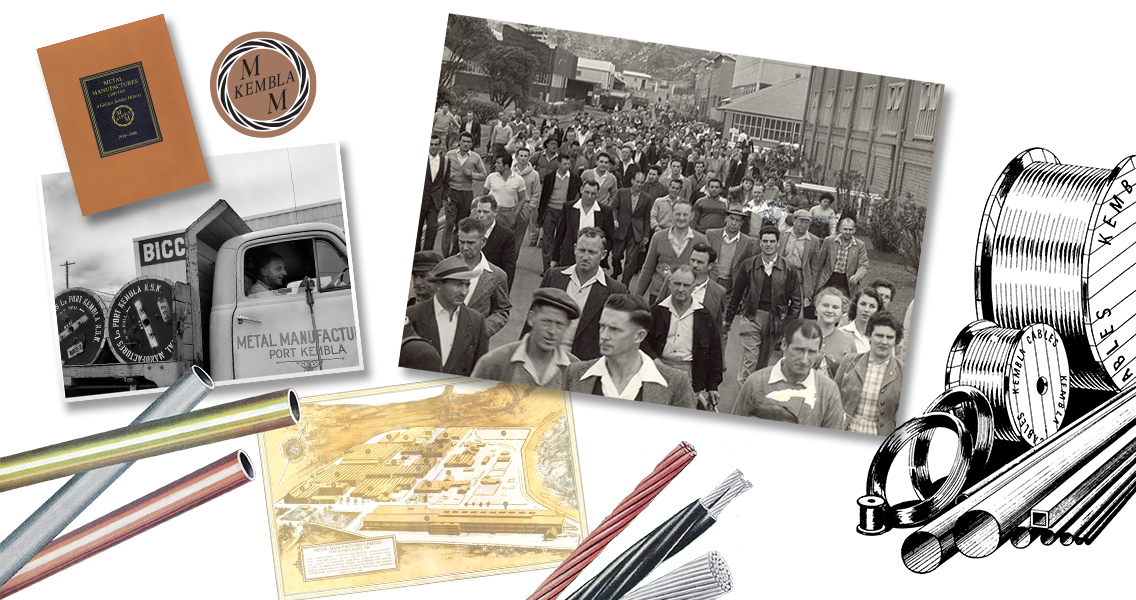 During the 1950’s Metal Manufactures provided jobs during the wave of immigration to Australia.

Many descendants of these employees work with MM Kembla today, with knowledge passed across generations. The longevity of our employees and multiple family members and generations working for the company is a significant contributor to MM Kembla’s longevity.

By 1966, in its 50th year of operation Metal Manufactures employed 7,058 people and 2,549 worked out of the Port Kembla plant as metallurgists, scientists, engineers and highly skilled technicians and artisans. 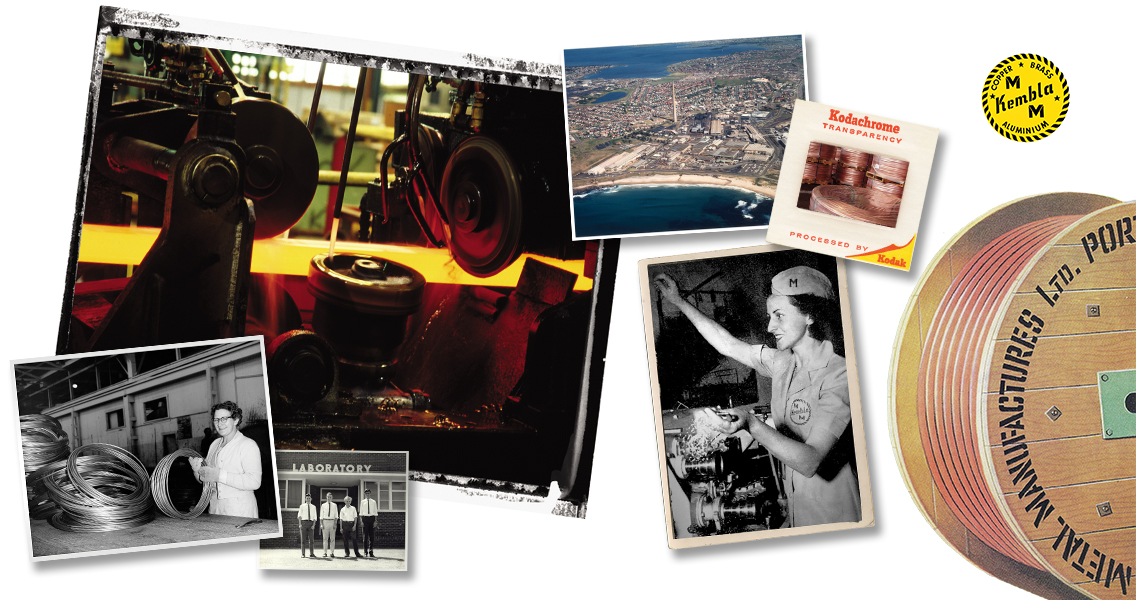 Throughout the 1970’s and 1980’s the focus of MM Kembla was investing in Copper Tube, Copper Rod and Wire Mills to improve our manufacturing efficiencies and ensure the highest quality products.

In 1971, the MM Apprentice Training Centre was opened to provide training and experience for future MM Kembla employees. 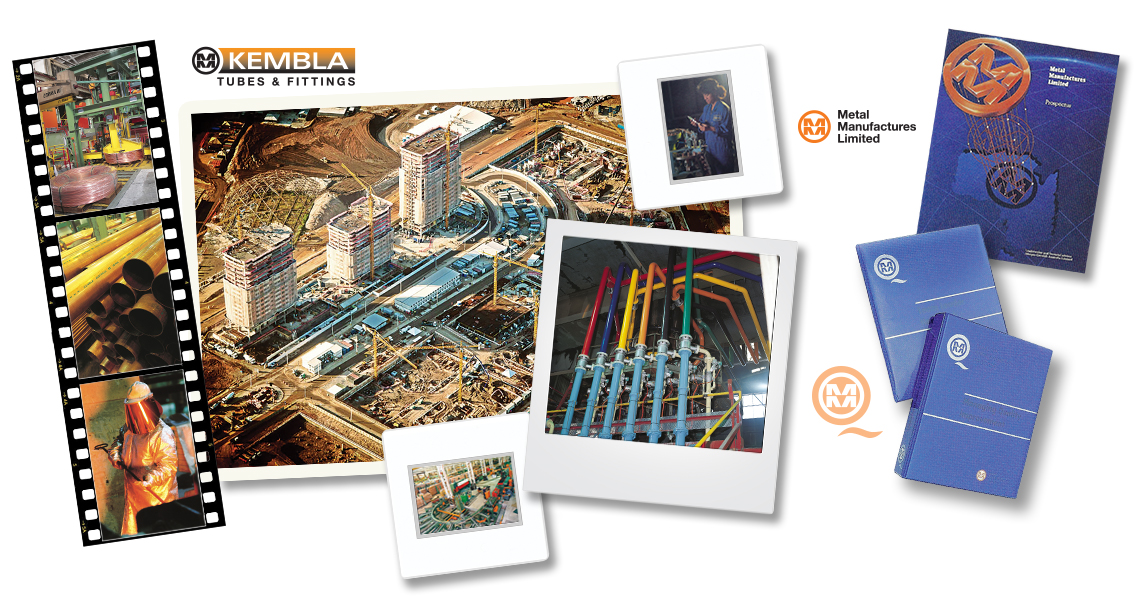 In 1986, MM listed its shares on the ASX and rationalised operations into four divisions: Metals (now MM Kembla), Cables, Merchandising and Construction.

Throughout the 80’s and 90’s a Total Quality Management (TQM) and Quality Improvement Process (QIP) was key to the business strategy and key to MM Kembla being internationally competitive in the face of increased imports and reduced tariffs.

As part of the strategy to offer a complete integrated piping system, in 1988 MM Kembla added copper fittings to its manufacturing base.

As the Olympic Games approached in 2000, MM Kembla played a major part in supplying product for the required infrastructure and development of the Olympic complex in Homebush.

2001–Present | Challenging global economy and the rebirth of copper tube 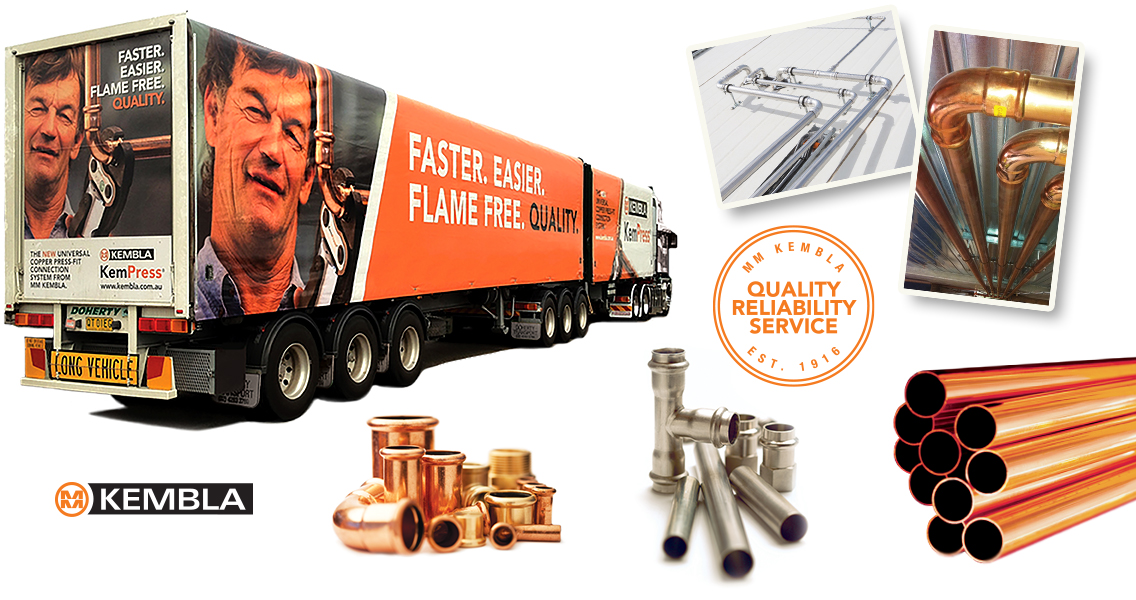 Dramatically rising copper prices, a Global Financial Crisis, availability of substitutes and increased import competition and reductions of tariffs contributed to a significant reduction in the demand for copper tube, challenging copper tube manufacturing in Australia. A challenge MM Kembla overcame and re-gnited the flame for a bright future

In 2006, MM Kembla had established a strong reputation in Asia and this led to a joint venture being formed, establishing Kembla Hong Kong.

2012 saw the introduction of our universal copper press-fit system, KemPress and the subsequent rebirth in demand for copper tube in Australia combined with a boom in construction.

In 2013, with the removal of tariffs from ASEAN nations, growth in finished cable imports, a high Australian dollar and increased energy and transport costs, the MM Kembla Wire & Rod division was closed after 95 years of production, with the final delivery of Kembla copper rod made in May 2014.

Testament to MM Kembla’s longevity and commitment, the MM Kembla Tube & Fittings division continued to expand with KemPress Stainless Steel fittings and Tube being released in 2014, KemDrain drainage products in 2015 and Kembla thermal insulation released in 2016.

Continued investment in manufacturing, safety and rationalisation have lead to record production efficiencies year on year and over 7 years without a Lost Time Injury (LTI).

BOOK A PRODUCT
DEMONSTRATION OR TRAINING